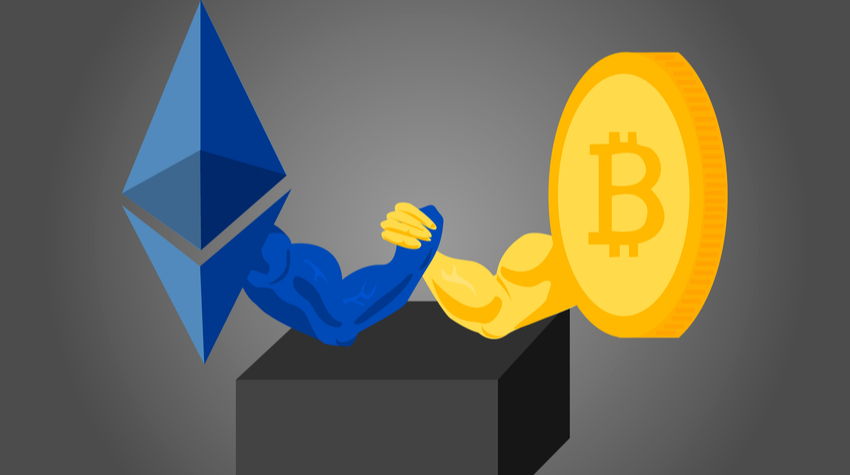 The CEO of Citadel, billionaire Kenneth Griffin, has observed that an Ethereum-powered crypto is likely to dethrone Bitcoin (BTC) from the top seat. Griffin’s firm is a hedge fund handling more than 40 billion USD in assets under management.

In a summit organized by The New York Times, the executive noted that “the next generation of cryptocurrencies” will revolve around an “Ethereum-based” currency rather than BTC.

According to him, the second-largest blockchain offers better “transaction speeds” while keeping the cost of sending transactions across the network low. At current rates, the ETH-powered network is slightly faster than Bitcoin.

Presumably, the Citadel CEO was banking on high transactions speeds targeted by moving Ethereum from a proof of work (PoW) system like the BTC-driven network to a proof of stake (PoS) platform. Ethereum refers to its PoS version as Ethereum 2.0 or Eth2. Apart from an increase in transaction speeds, Eth2 brings low transaction costs.

The Citadel executive has on some occasions expressed his reservations towards the leading crypto. According to Griffin, the king coin isn’t commercially viable. However, he appreciates the power of the technology that underpins virtual currencies, blockchain. But, it can’t provide the solutions we need “for most problems.”

Griffin observed that despite individuals focusing on new creations, some “passion is misplaced,” especially when it involves virtual currencies.

While speaking at the NYT-hosted event, the executive noted that crypto has failed to solve “a number of issues.” Some of them touch on high electricity usage and fraud.

It costs roughly 4.1 USD for each transaction on the BTC-powered network, while Mastercard, American Express, and Visa charge between 1.4 and 3.5 percent per transaction. That’s not all. A debit card surcharge is about 0.5 percent.

Apart from the high costs, the network also contributes immensely to environmental degradation compared to other forms of payments in “use around the world today in aggregate.”

Data on Bitcoin’s energy consumption show that a single BTC transaction emits harmful gases equivalent to those released by more than two million transactions on conventional platforms such as Visa. But, it’s near impossible to quantify the negative impact caused by financial institutions like banks.

BTC mining operations have been appreciated for tapping into excess power and other low-cost energy forms that would otherwise be unutilized.

As Griffin bets on Ethereum to produce the king crypto in the next generation of cryptos, the Ethereum Name Service (ENS) hit a billion-dollar valuation a few days after conducting an airdrop.  ENS provides a distributed way to crisscross the internet.

On Monday this week, ENS gave its users free tokens of the platform’s governance coin. The total coins airdropped amassed a valuation of close to 600 million USD within the day.

Two days later, their market capitalization breached the $1 billion mark. Despite the token trying to find the right footing on prices, it’s changing hands at 55 USD. At the time of writing, the ENS token market cap had dipped to slightly above $800 million.

The free tokens went to all ENS name-holders as of October 31. Qualifying individuals have up to May 4 next year to claim their share. Note that the tokens are meant to power a decentralized autonomous organization or DAO. The DAO can vote on how the treasury is used, pricing, among other issues affecting the ENS protocol.

ENS can be thought of as a domain name service (DNS) powered by Web 3. However, ENS uses censorship-resistant .eth domains, making it a superior version of DNS.

An ENS name can also be used as an address to send or receive ETH or assets powered by the second-largest blockchain.

According to Nick Johnson, the ENS founder, the ENS token allows the project to fund itself instead of relying on grants.