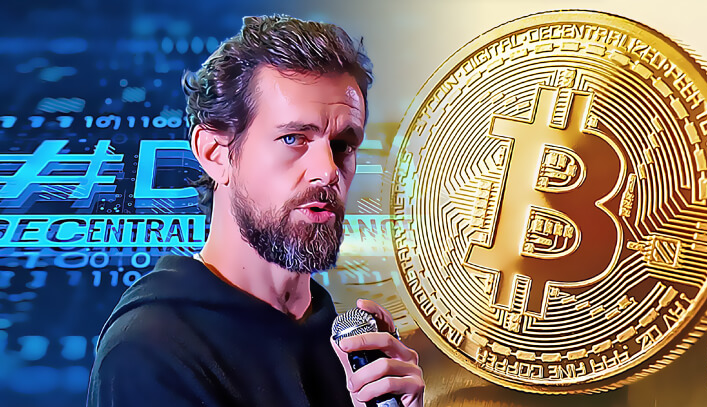 Through its Bitcoin business department named “TBD,” Square has released the tbDEX white paper that presents a trading platform that can handle trading of BTC, government-issued currencies, or “real-world goods.”

The paper further notes that participants don’t know other traders. Also, tbDEX operates without third parties, usually found at the intersection of virtual currencies and government-issued currencies or fiat.

Although the exchange’s operations revolve around the leading currency, it’s unclear whether the Bitcoin blockchain will power it.

According to the white paper, “the tbDEX protocol aims to create ubiquitous and accessible on-ramps and off-ramps that allow the average individual to benefit from crypto innovation.”

Interestingly, TBD notes that the interaction between fiat and crypto rides on “social trust” to facilitate atomic swapping of cryptocurrencies “with a physical good or service,” or fiat.

To achieve the trust, Square proposed the use of DIDs or decentralized identifiers. However, to squeeze the most out of these identifies, the paper states that their implementation will be “open, permissionless, and censorship-resistant.”

TBD added that DIDs are exchanged between counterparties, and the BTC DEX doesn’t collect or record the personal information of its users.

The paper adds that “the tbDEX protocol borrows heavily, if not completely, from well-established models of decentralizing trust, such as the public key infrastructure (PKI) that is used for securing the internet today.”

Note that an IVC can be an organization or individual that conducts know-your-customer (KYC) checks. On the other hand, PFIs provide liquidity services. PFIs can run a node without requiring third-party approval.

The white paper elicited mixed reactions from the crypto community. Some hold that a decentralized exchange should not do “KYC in the users” while others wondered whether tbDEX collecting “certain personally identifiable information (PII) [… is] some sort of a si*k joke.”

Others questioned why Jack Dorsey is resisting “using Ethereum’s well-established infrastructure for DeFi” or decentralized finance. Presumably, TBD doesn’t mention Ethereum in its white paper because Jack Dorsey is a Bitcoin diehard.

In the past, the Twitter CEO has been quoted saying that he will “spend the rest of [his] life” making the leading cryptocurrency “accessible to everyone.” In June, he said he would still be involved in Bitcoin even if he wasn’t at “Square or Twitter.”

A tbDEX supporter on Twitter said that it “would be pretty cool” for individuals to “be PFIs and […] fulfill the legal requirements within their local jurisdiction.”

As Square moves to expand its presence in the Bitcoin ecosystem, Plan B is still confident that BTC will hit $98,000 before we bid November goodbye.

Recently, Plan B has been under fire after Bitcoin slumped to below $60,000 despite saying that the leading crypto will hit close to $100,000 this month.

Plan B is a pseudonymous Bitcoin supporter who created a price prediction model called S2F (stock-to-flow). S2F predicts prices by considering an asset’s supply and its production in a year.

After Bitcoin nose-dived from highs of $69K to lows of $56K, the crypto community wondered how Plan B’s prediction could be achieved, considering that were are more than halfway through the month.

But Plan B is backing down. In a tweet, they clarified that the “$98K Nov prediction is not based on the S2F model but on [the] floor model.”

They revealed that they use three models, S2F, Floor, and On-chain, to predict the price. As such, if the “$98K Nov floor model prediction fails, that doesn’t mean S2F or on-chain fails.”

However, some Bitcoin supporters were not ready to hear the excuse. For example, @TheMoonCarl, observed that the chance of BTC hitting $98K in November is one percent.

@Duro6468 said that Plan B was providing an excuse because they “now know exactly that there will be no $98K in November.” At the time of writing, Bitcoin was changing hands at around $58,400