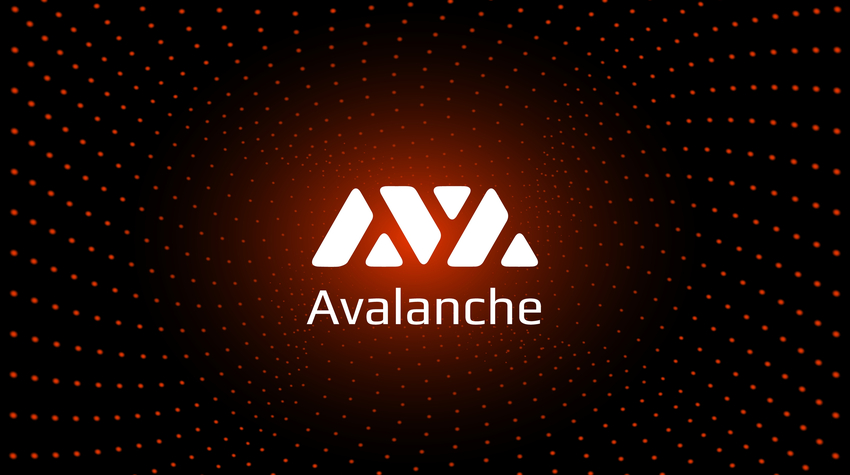 Avalanche (AVAX) was launched in 2020. Smart contracts were the main focus while ceating Avalanche. And the top priority of Avalanche remained the development of decentralised applications (dapps) and subnets. Avalanche (AVAX) has performed well in the past few weeks. By the end of last week, it was up 33%, with all times high of $146.96 and no.9 as of 25 November 2021. It had a total gain of 3000% since its offering price. 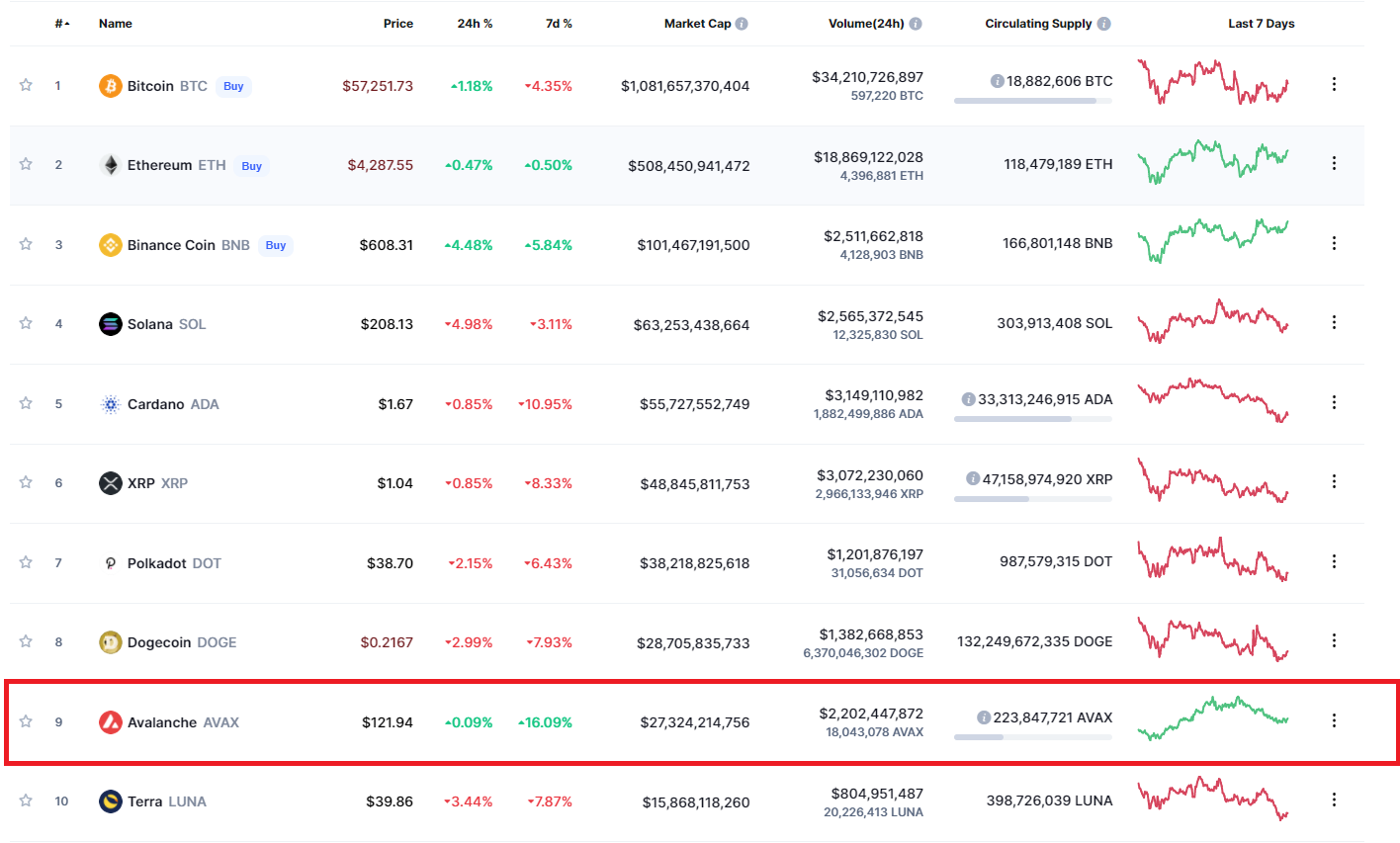 This recent rally came up as a result of an announcement by AVA labs regarding their joint venture with consulting firm Deloitte of the Federal Emergency Management Agency (FEMA). They aim for the improvement of the security, speed, and accuracy of their platform. In addition, this firm, Deloitte, will be using the Avalanche blockchain platform. The reason behind using Avalanche is to build a more effective disaster-relief platforms.

Avalanche gave a link[1] to the current live burning, which shows AVAX being burnt. The team elected to burn all fees as a policy. Therefore this amount will continue to climb as the token is utilised. The act of burning tokens depletes the available supply, creating scarcity. In principle, assuming demand remains constant, this process should raise the token price. While Ethereum has many rivals, Avalanche indicates that better scalability and an emphasis on DeFi are still essential business factors.

What is Avalanche (AVAX)

Because both have smart contract features, Avalanche is frequently compared to Ethereum. Avalanche, on the other hand, seeks to execute quicker transactions with cheaper costs than Ethereum. In addition, Avalanche uses a proof of stake (PoS) paradigm, in which validators validate transactions based on the number of coins they have. Proof of stake (PoS) is said to consume much less energy compared to the other methods, making it more cost-effective. Avalanche intends to have several chains, with some providing essential activities and others being more application-specific. Meanwhile, all non-core blockchains (called subnets) must rely on validators that stake AVAX on any of Avalanche's three basic platforms, named P-Chain, X-Chain, and C-Chain.

Regardless of the excitement surrounding Avalanche, it is critical to investigate and understand the dangers associated with any cryptocurrency before investing. Cryptocurrencies are viewed by financial analysts as volatile, speculative investments. It is possible that after a strong rally, you see a market tanking against the investors' bias. In that case, the investors only need to secure their positions before such a thing happens.

Here are the technicals of Avalanche: 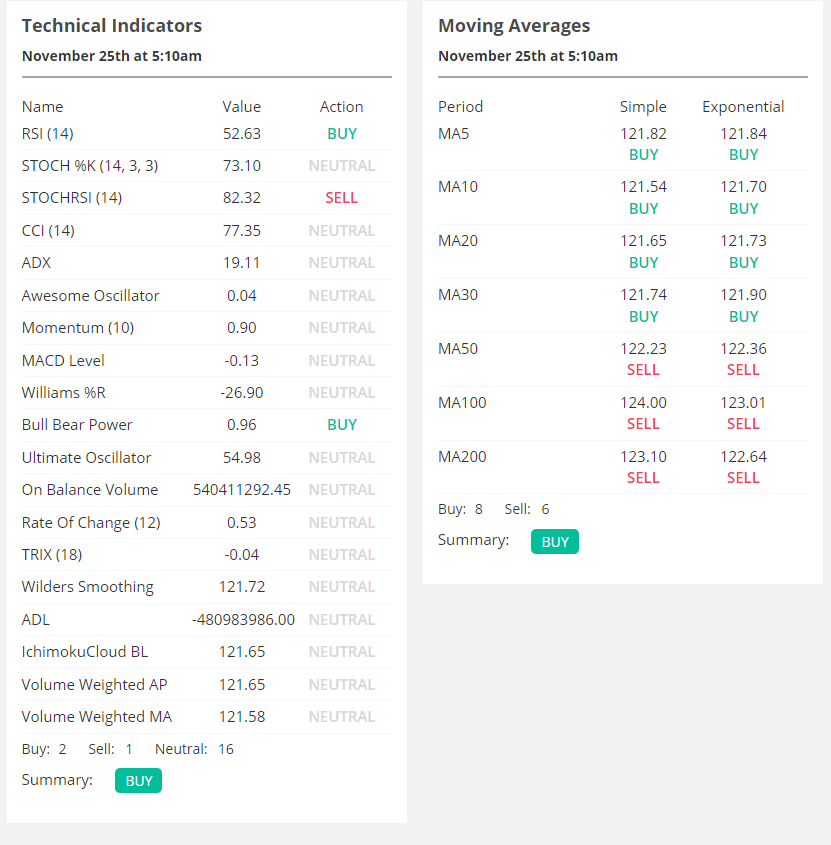 Let's look at the chart of AVAX Vs. USD and see what useful information we can find from it. 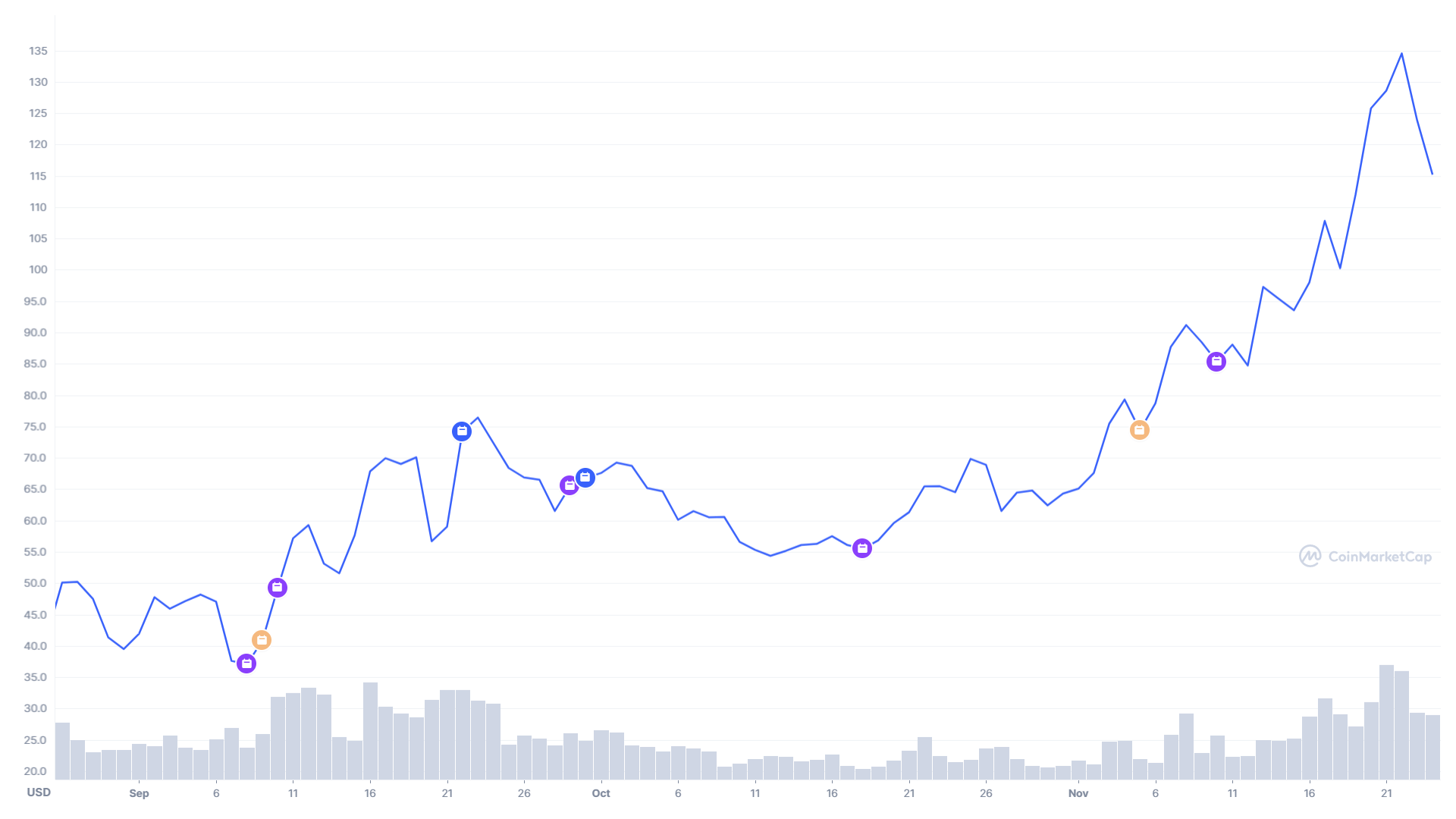 Overall, Avalanche has a positive gain throughout 2021. Let's break down its chart analysis to see if we have an opportunity. 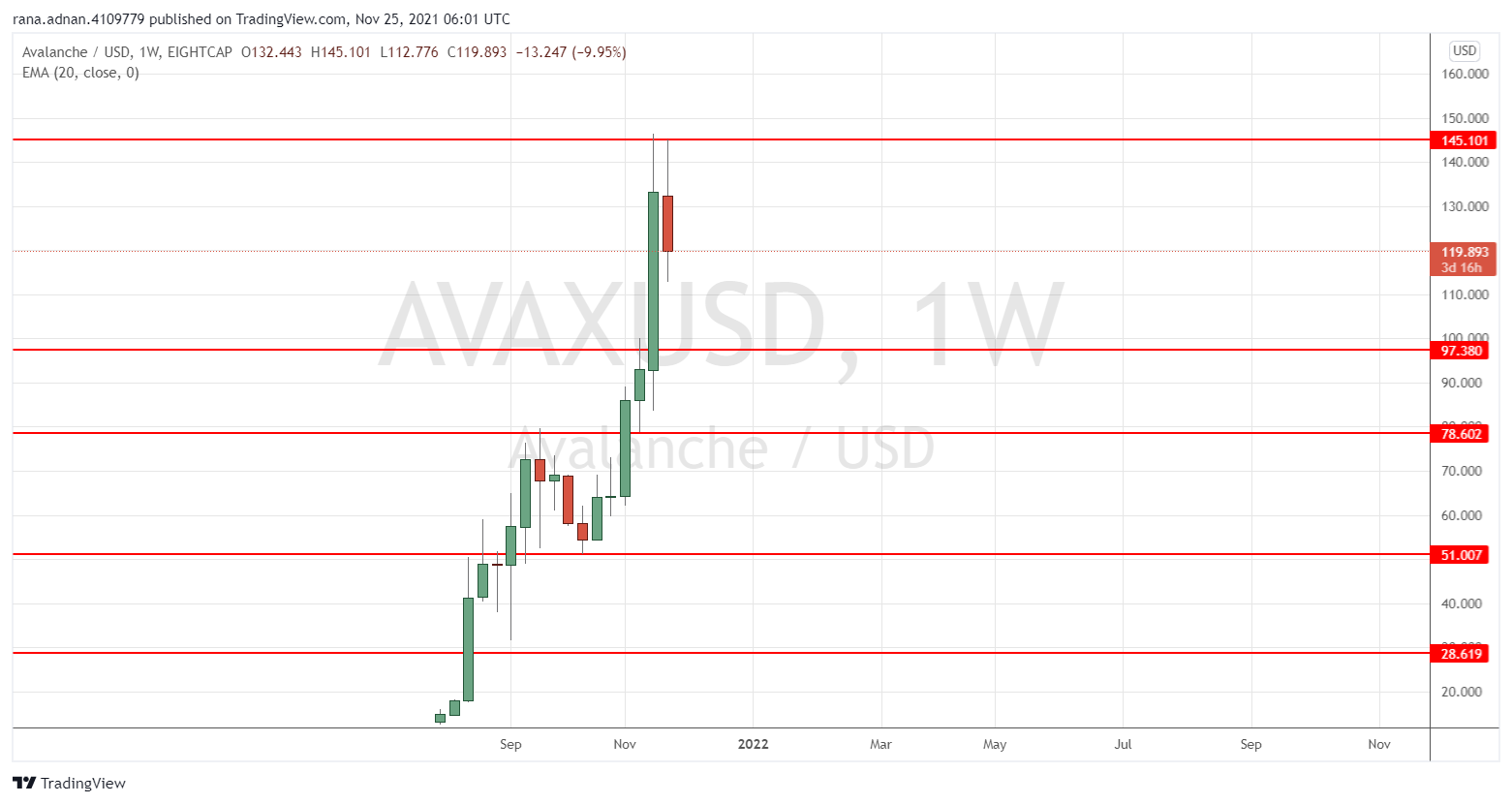 When looking at the weekly chart, we can see the recent high above $145 and rejection from that point onwards. The nearest and most recent weekly support is at $78.65. Therefore, long-term investors might find a buying opportunity around $78 support. The weekly sentiment of Avalanche AVAX is as follows: 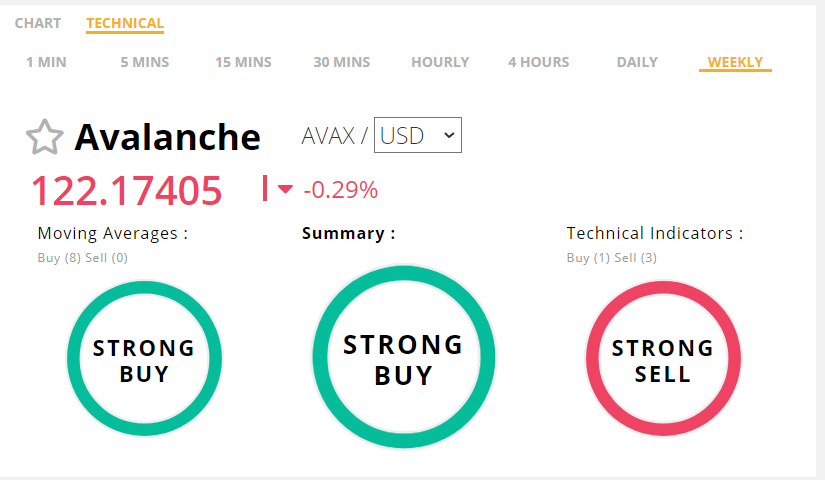 Weekly sentiment remains bearish as the sellers see a move towards $78.

Keeping in mind the weekly chart, we can see a strong bullish impulsive move towards all times high around $145 and a strong rejection from there. Overall, market sentiment and technical suggest further decline towards $78. So if you are looking to buy Avalanche AVAX, please look for an entry around $78.

Looking at the 4h chart, we see a strong leg down after a double top on an all-time high. EMA20 works as the resistance at this point for the market, and we could see a strong move down towards $97 and even further towards $78 if the market sentiment remains unchanged. So if you are looking to buy on a 4h timeframe, look for opportunities around $97 or $78.

The current drop looks to be a more technical, market-driven move. As a result, buyers looking for Avalanche exposure have what seems to be a nice drop to go long here. Finally, only time will tell if this price drop was worthwhile. However, it appears to be appealing to people who believe they may have lost out on Avalanche this week.

Do you want to buy Avalanche (AVAX)? Take a look at Binance, one of the worlds premier crypto-exchanges.