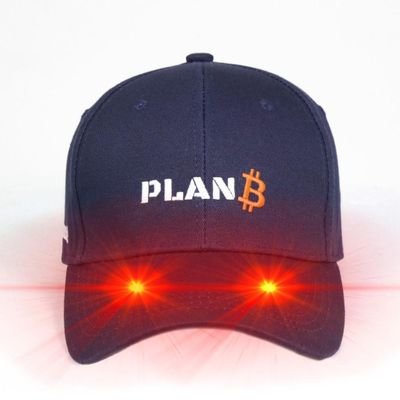 Morgan Stanley, a leading financial firm in the United States, has bought more Grayscale Bitcoin Trust’s (GBTC) shares. According to a filing with the country’s securities regulator, the SEC, the increase happened in Q3 of this year.

Notably, the GBTC shares are spread between Morgan Stanley’s three funds. One of the funds, Institutional Fund’s Growth Portfolio, has the highest allocation with over 3.5 million shares as of September 30. In Q2, the fund had slightly above 2 million shares. Between the two quarters, the Morgan Stanley fund has boosted its GBTC shares by 71 percent.

Its Global Opportunity Portfolio increased its BTC exposure by 59 percent by moving from slightly above 91K shares in Q2 to more than 1.4 million by September 30. The third Morgan Stanley fund, Insight Fund, moved from 928,051 shares in the second quarter of this year to more than 1.5 million shares by the end of Q3.

Note that GBTC allows institutions to invest in the leading cryptocurrency without actually holding Bitcoin in their portfolios. Instead, the trust holds a vast amount of BTC. As of April, the Grayscale Bitcoin Trust held 654,885 BTCs.

Interestingly, Grayscale has been offering a discount for those investing in the Bitcoin trusts since early this year. A slashed share price means that the shares are currently changing hands at a lower price compared to the worth of the BTC they are tied to.

Available data suggests that since February, GBTC investors have been getting a 12 percent discount. However, according to Morningstar, despite BTC increasing by over 90 percent in the spot market since January, one of the top BTC funds only recorded a 42 percent rise.

In October, GBTC’s owner, Digital Currency Group, revealed that it may buy back some of the trust’s shares. Grayscale has also expressed plans to turn its Bitcoin fund into a BTC exchange-traded fund (ETF).

The conversion plans are awaiting a node from the US securities watchdog. However, the approval may take time considering Grayscale is seeking to have its ETF backed by actual Bitcoins, and the SEC is yet to okay the operation of such an offering.

It Wasn’t Just a Miss, You “Really Blew This One”

As Morgan Stanley increases its Bitcoin exposure through Grayscale, Plan B has admitted that he was wrong about his $98K Bitcoin price before the end of this month.

This comes days after the famous BTC analyst and the creator of the Stock-to-Flow (S2F) price prediction model, expressed confidence in a $98K Bitcoin price by November.

In August and September, the analyst correctly forecasted the leading crypto’s prices at $47K and $43K, respectively. His last month’s prediction of $63K missed by three percent.

With only four days left to the end of November, and BTC currently changing hands at $54,389, Plan B has said that his November target of $98,000 per BTC “will probably be a first miss.”

In a short explanation, he blamed the miss on a phenomenon that hasn’t “occurred in the data [in the] last 10 years.” However, he quickly pointed out that his December Bitcoin price prediction of 100,000 USD is “not affected and indeed on track.”

Despite it being the first miss, some in the cryptocurrency community weren’t ready to ignore it. For example, a Twitter user observed that Plan B “really blew this one,” and it wasn’t just a miss.

Others lamented that they took the crypto analyst’s $98K price prediction seriously and went “all in at $68K” with funds from a student loan, among other sources.

Luckily, not everyone was angry with Plan B’s admission. “no worries, we love u,” @AlbertoXplorer replied to Plan B’s tweet. The analysts also noted that investors should be responsible for their “decisions and actions.”

Some analysts have attributed the recent slump in Bitcoin prices to approaching Mt. Gox refunds, while others blame it on fears of a new coronavirus variant reported in Hong Kong and some Southern Africa countries.