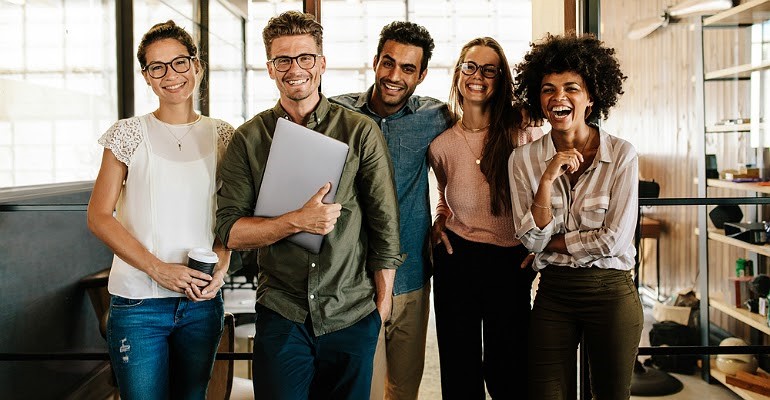 Bitcoin slightly dropped earlier today as the bears came into play yet again. The largest cryptocurrency by market capitalization is currently stuck in a narrow trading range between $47-$49k with little forays above and below it and despite today’s small drop, the index remained entrenched within the range. Altcoins on the other hand also posted slight losses overall apart from one exception. More on that later on.

In other news, a new survey shows that as much as 83% of rich millennials now own cryptocurrencies. The incoming mainstay of the workforce is known to be heavily involved in the crypto sector but several useful bits of data show just how much they are invested in the crypto space, which is a lot more than you probably expect. More on that later on.

The Bitcoin community is commemorating the bear day today as December 17 marks 3 years since Bitcoin recorded a bottom of around $3k. While the cryptocurrency spent a long time around that valuation and almost revisited it back in March 2020 (hit $3.6k), this level hasn’t been breached ever since and in all likelihood, it never will. Bitcoin eventually went on to get to as high as $69k just last month and despite a pullback, it is still sitting at $47k, around 15.6 times higher than what was recorded 3 years ago. This is a lesson for all investors’ when the chips are down, buy Bitcoin and hold on to it. It will never disappoint you.

The Russian official machinery has been giving subtle hints at a possible crypto crackdown for some time now. In a latest announcement, the head of the Central Bank of Russia Elvira Nabulina stated that it was completely doable for her to stop crypto transactions in the country through its financial infrastructure. Such a move could spell problem in the country as it is one of biggest mining destinations in the world and a lot of crypto projects have originated from the country that have gone on to become quite successful. This could jeopardize all of them.

Popular comedic cartoon show South Park has taken a dig at the NFT craze in its latest episode. The whacky, adult-rated show often critiques elements of popular culture and its latest targets have been NFTs. The show’s creators have a history of missed predictions about the rise of digital currencies and NFTs could prove them wrong this time too. No publicity is bad publicity, right?

Trump supporters and Capitol riot leaders has announced an NFT collection. You may remember this guy:

Yes, he has announced his own collection. His legal record and the current trial is very insane as well. He describes himself as a conspiracy theory QAnon’s shamon. He was one of the people who took part in the January 6 riots in Washington DC and he wants to profit from his fame. The auction is being called the NFT collection of the biggest douchebag in the world.

Bitcoin once again took a small drop and is now back at around $47k levels. The cryptocurrency was under pressure from the bears for quite some time throughout the day but they couldn’t make a decisive move.

The last 24 hours started with Bitcoin at around $47.8k. It traded sideways for a while until 8 AM in the morning when it dropped slightly to $47k. It then proceeded to stay there for a while again, making short trips below the key level. At around 2:40 PM, Bitcoin began to drop further. It went even lower to $45.6k at 4:40 PM which was the lowest level the crypto would hit during the last 24 hours. Now it is back above $47k at press time, but ever so slightly.

Going forward, the bears are currently knocking on the doors and they want a further decrease in the price index for sure. However, the move below is also not proving to be easy enough for the bears, but momentum is on their side and they can make a successful case in the near future.

The total market capitalization of Bitcoin was around $889 billion and its share of the proceedings was 40.81%.

Most of the rest of the crypto field posted slight losses throughout the day, following Bitcoin itself. However, the only exception was Avalanche (AVAX, 10%) that posted a big increase despite the overall bearish setup to go #9 in the rankings. The rest of the market posted negative figures anywhere between -0.2% to -4.5%.

83% of Millionaire Millennial Now Own Crypto

A new survey by Spectrem, an associate of CNBC shows just how popular the crypto sector is among the rich millennials. According to the survey that compared portfolios of millennials worth $1 million or more, a whopping 83% of this age group has invested in Bitcoin. A further 51% has around half of their investments in Bitcoin and around 1/3rd of them have as much as 75% of their worth in crypto. Compared to other age groups like Baby Boomers (4%) and Generation X (25%), they have much more faith in crypto and that is showing.

These are big numbers and show us how much crypto is going to be relevant in the near future, much more than it is right now. The millennials are the generation that will soon take over from Generation X (Born 1970-1985) and Baby Boomers (born 1950-1970) and become the mainstay of the workforce and top management as well. So, if current conditions continue, the crypto sector will keep seeing huge increases in investment for the foreseeable future.