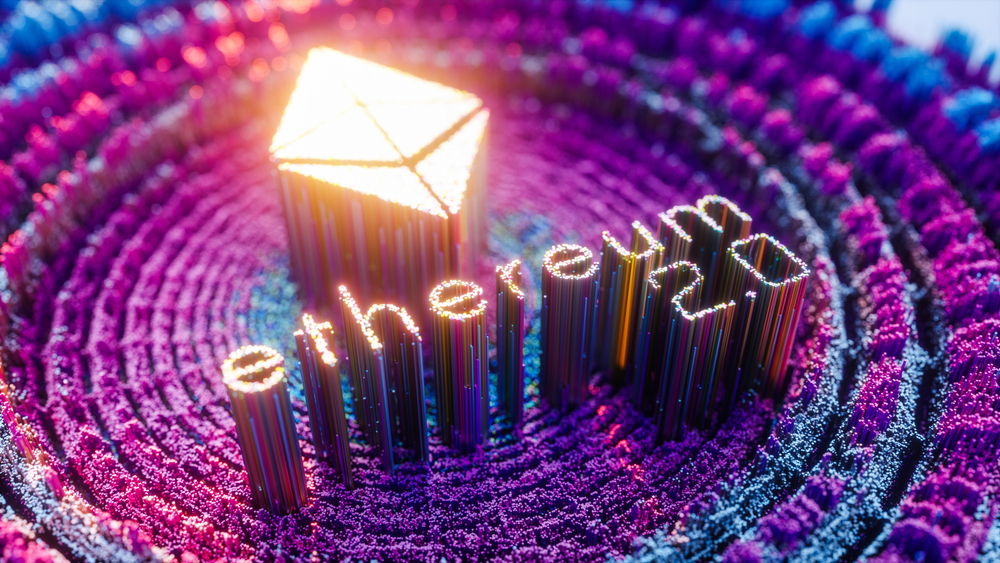 A proof of stake (PoS)-powered Ethereum network is a few steps from reality. The platform’s developers have released a testnet for the public to have a feel of Ethereum 2.0 or Eth2 before it officially goes live.

Tim Beiko, a member of the Ethereum development team, took to Twitter to announce the release of the new Eth2 testnet nicknamed Kintsugi. In the tweet, he included a link to a blog post with details about the testnet.

In the Japanese language, Kintsugi means using gold to restore a flawed piece without hiding imperfections. As such, the history of an object stays intact even after repairing.

By moving the network from the current proof of work (PoW) engine to a PoS-based platform, Ethereum developers hope to answer most questions around transaction costs and scalability.

The journey to the promised land started in December last year when the Ethereum team launched Beacon Chain, a bridge between the two worlds.

To prepare the Ethereum community for the merge, the team has been releasing testnets for them to have a peep into Ethereum 2.0. For example, in April, Steklo, an Ethereum 2.0 testnet described as highly experimental, was launched.

Steklo focused on executing transactions on the PoS-enabled Ethereum network. Kintsugi, according to Beiko, is “a longer-lived public testnet.” It works for both developers and ordinary users.

In the blog post, Beiko revealed that there’s more work being done on user experience and other parts of the network. He encouraged users to use Kintsugi in anticipation of “a post-merge.”

However, the current Eth2 testnet targets the community since “not much will change […] for application developers.”

Beiko also asked the community to provide feedback to arrest “potential issues.” For any issues, Kintsugi’s support falls in the hands of ETHStaker. The blog post also noted that other testnets will be launched based on the community responses when using Kintsugi.

Feedback from one testnet will be incorporated in the next until everything is stable. “Next up is Ethereum mainnet’s transition to proof of stake,” Beiko stated.

The Ethereum community was excited about the development, and some were disappointed that the phenomenon isn’t receiving much attention despite being ‘the biggest economic paradigm shift of our lifetime.” Others asked whether the full Ethereum 2.0 rollout will happen before the end of next year.

As Ethereum 2.0 Kintsugi testnet goes live, Chinese companies are expressing interest in the metaverse despite warning from the government through the country’s central bank, the People’s Bank of China (PBoC).

Last month, a PBoC executive tasked with antimoney laundering and analysis, Gou Wenjun, outlined the negative side of virtual currencies and or assets.

Most of the negatives were based on the assets’ lack of physical qualities. According to Gou, this opens up them for illegal financial activities such as fraud and terrorism financing.

Notably, most submissions emanate from technology-centered firms such as Tencent, Hisense, and Huawei. For example, Huawei submitted a trademark for a metaverse operating system dubbed “Meta OS” while Hisense concentrated on science, advertising, and the social space.

On the other hand, Tencent also has a handful of metaverse-linked trademarks. In a tweet, SCMP noted that “Tencent [is] said to sharpen focus on metaverse-like developments with an advanced new gaming studio.”

Apart from the central bank, the Communist Party-controlled news outlet, People’s Daily, also weighed in on the disadvantages of virtual assets. According to the newspaper, virtual assets such as those tied to the mirror world or metaverse are highly volatile.

Interestingly, the trademark submissions coincide with a rise in NFT applications and sales. For instance, in the last week, NFT investors spent more than 580 million USD.