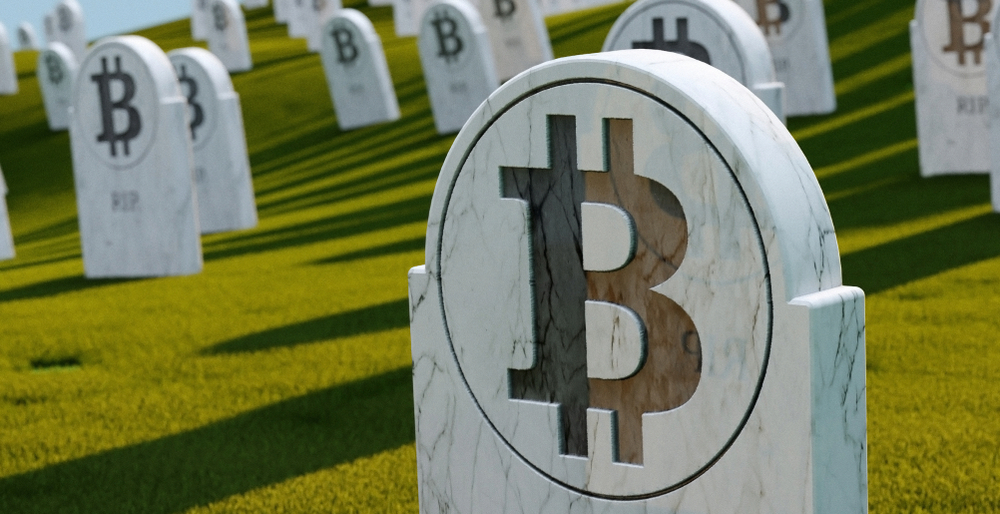 Bitcoin is currently trading around $47.5k at press time. The largest cryptocurrency by market capitalization was largely steady at the end of the day but did test the support at around $46k earlier in the day. Altcoins on the other hand also had a largely slow day with not much happening around key levels. More on that later on.

In other news, big Bitcoin player Microstrategy has moved to purchase more than 1,914 BTC at an average price of $49.2k ($90 million). This brings their total Bitcoin hoardings to a whopping 124,391 BTC with a value of around $5.9 billion. The current CEO of the company has not only put all the cash reserves of the company in Bitcoin, he is actively seeking to sell shares to buy the cryptocurrency as well, which some are calling a kind of crypto buyback. It is now one of the biggest players in the crypto sector despite being just a software company.

The South Korean cryptocurrency exchanges are now requiring private wallets to be verified to fully implement its vast Know Your Customer (KYC) and other Anti Money Laundering (AML) protocols. This is one of the first such steps ever taken by crypto exchanges anywhere in the world. Previously, only accounts were supposed to be compliant. Now, the next step is under way. This may cause problems for long-term HODLers for some time as they have been holding the crypto in their private wallets but since they aren’t looking to sell anytime soon, this may not be as damaging as previously thought.

Bitcoin died 45 times, perhaps more in 2021 alone so far, if the media is to be believed. The cryptocurrency recorded some big price drops throughout the year despite recording multiple all time highs during the process but whenever the price corrected itself, RIP Bitcoin was the only thing you could see on major news outlets, but why?. More on that later on.

Crypto-themed restaurants are becoming a common occurrence around the world. Hot Doges, Rekt kebabs, Deflationary soups, Ledger Juice, Shibwarmas and coin burgers are getting popular along with a host of other hilariously named crypto dishes. With the rise of the crypto sector this year, the digital currency cuisine has also taken a healthy increase.

Former Bitcoin critic-turned-promoter Kevin O’Leary has stated that crypto could become as much as 20% of his entire portfolio. He gave these comments during a recent interview. He stated that he was waiting for clear-cut regulations on stablecoins and once they were implemented, he is seriously considering increasing his crypto allocations, especially a foray into the stablecoin sector and their staking ability.

Both BTC pretenders Bitcoin SV and Bitcoin Cash were dragged in the mud for a major part of 2021, rendering them minor players in the market. The two crypto networks were hard forks of Bitcoin itself, with some considering them as rebel BTC networks. They were both launched amid much fanfare and many believed that they would be able to compete strongly. At one point these three cryptos occupied 3 positions out of four top cryptos in the market. But now, SV is below #40 and BCH is now moving below #20. It is clear that the market hasn’t been forgiving on copykats and breakaway networks promoted by outlandish boasters like Craig Wright. It is a beautiful thing to witness.

Bitcoin remained mostly steady for much of the day apart from a few bearish hiccups. The cryptocurrency is currently fighting waves of bearish attacks but holding steadily at the moment.

The last 24 hours started with Bitcoin at around $47.4k. It traded sideways for a while before recording a big price slump to as low as $46.1k immediately afterwards. However, this proved to be the lowest valuation the crypto would have today. Most of the rest of the day was spent recovering from these losses. At press time, the crypto is back above $47.5k and moving towards $48k.

Going forward, Bitcoin is currently under attack almost daily from bears that are looking to pull the index below $46k. While the bulls have warded off these attacks multiple times now, Bitcoin is still quite bearish overall and it may eventually succumb to these advances for sure as pressure increases. The bulls need to come into play and move the index back above $50k to stop this eventuality.

The total market capitalization of Bitcoin was around $904 billion at press time and its share of the proceedings were 40.31%.

Other cryptocurrencies aka altcoins remained largely steady for most of the day. Algorand (ALGO, 12%) was the big story during this time and is close to being back in the top 20 again. Other than ALGO, the market didn’t change much for most of the day.

According to a satirical project called Bitcoin obituaries, the premier cryptocurrency was declared dead 45 times this year alone by skeptics. The organization records incidents of outlandish claims about crypto dying forever.

But, whenever the index dropped considerably, many legacy media outlets continued to berate a combination of concerted fear mongering, declaring as far as the crypto was dead just to cheaply manipulate the price.