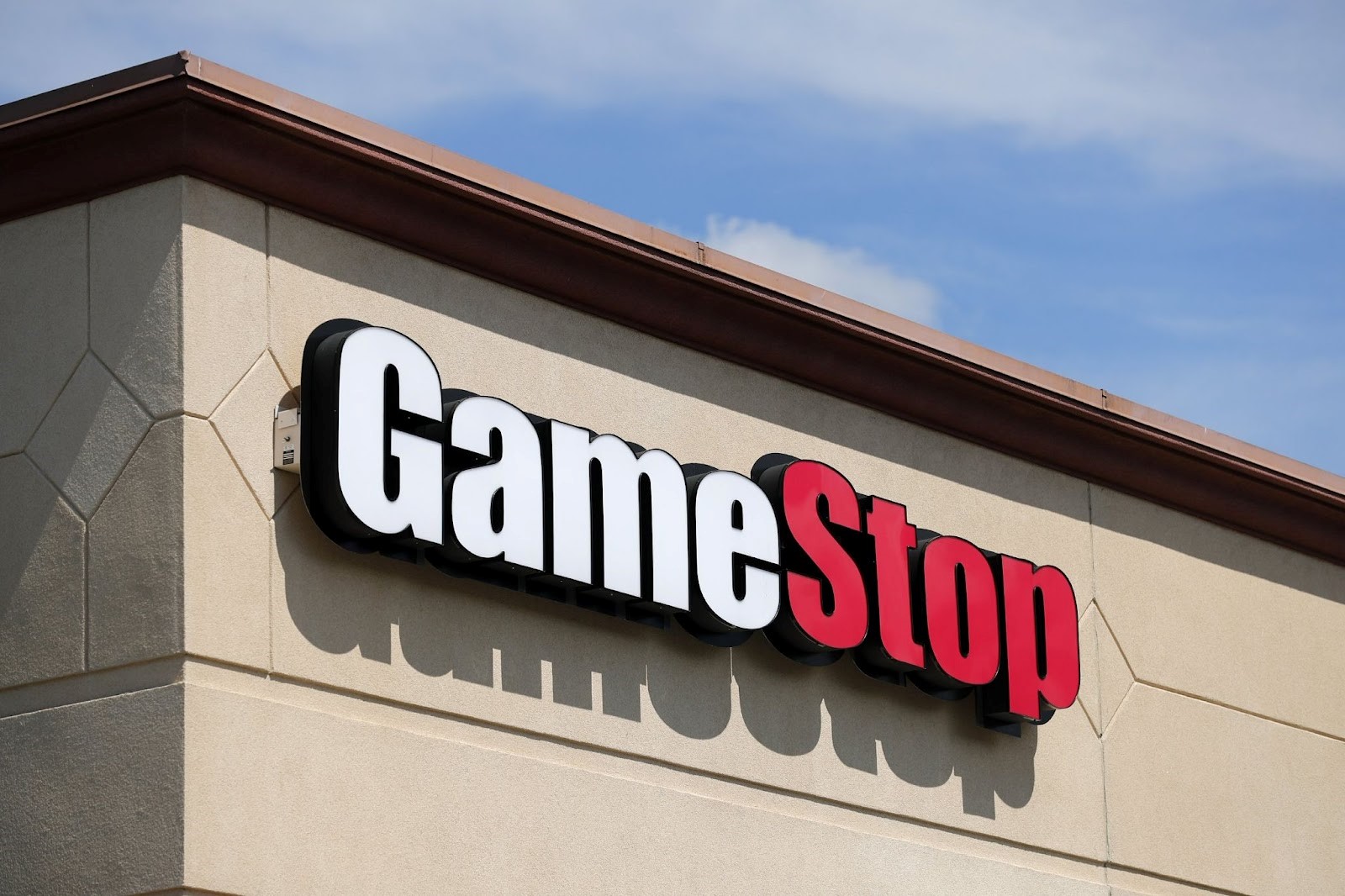 Bitcoin had yet another day of bearish action. The largest cryptocurrency by market capitalization dropped to as low as $41k at one point in the day before recovering a little back to around $41.7k at press time. Altcoins on the other hand also had a big loss-reporting day as well as Bitcoin’s dominance recovered some losses. More on that later on.

Remember Reddit’s favourite stonk GameStop? Yes, the video game company that was a big story in early 2021. The same company is now in the news as it has unveiled a new Non Fungible Token (NFT) division. GameStop’s price index rose strongly in no time, posting as much as 22% at one point before losing most of this pumped rise. More on that later on.

Famous US late night comedian Stephen Colbert has made fun of online scams and how easy it is to make money through them. He was recently covering the issue of the rug pull coin scam with the name of Squid Token, which was a copycat token of the hit Netflix show. The token turned out to be an obvious scam and more than $3 million was lost on it. Colbert jokingly launched his own coin Colbert Coin and told people to invest in it and promised they will lose their money.

A new European PFP NFT project is making progress that will allow people to meet their real-life idols using the metaverse. The idea is unique but most of the activity will see people meet the virtual avatars of their favourite personalities and not real-life people as that would not be possible because one thing the Metaverse cannot extend is time.

Sega has defined their incoming role on NFT foray will not include airdropping NFTs in Play to Earn games, based on the response from a user survey. This model is becoming more and more popular across the digital landscape as NFTs become more and more relevant. However, some like Sega users believe that it is overblown. Or perhaps Sega is merely adapting itself to the incoming strict regulations around the NFT sector.

Vitalike Buterin, the Ethereum co-founder is looking at other ways to help manage the ETH gas fees crisis. The second largest cryptocurrency network has been trying to adopt to a model that works for all parties but has faced issues again and again. Buterin has now floated the idea of a multi-dimensional ETH fees structure. It remains to be seen how effective this latest batch will be in the near future.

Korean smartphone and electronics giant Samsung has announced a new metaverse store in Decentraland. The virtual shopping experience is based on the exact store in New York’s meatpacking area. This is currently a 3D replica and interactive experience in likely to be developed in the near future.

Bitcoin once again shed some value for the third day in a row. The cryptocurrency is currently on a losing curve below $46k and no floor has yet been established.

The last 24 hours started with Bitcoin at around $43.5k. It alternated around that valuation for some time. However, at 4:20 AM in the morning, the digital currency took a steep dive below yet again. It reached a short-term low of around $41.2k in the process. After that, Bitcoin recovered steadily to $42.5k but dropped back late in the day once again, posting a 24-hour low of $41k in the process. At press time, the digital currency is hovering around $42k but it is not a recovery by any stretch of imagination.

Going forward, Bitcoin is still in the losing phase and the bulls are in a disarray at the moment. They first need to define a price floor at the moment and then move towards a potential recovery. However, since the bears are now apparently the favourites, they will have a hard time achieving this. Bitcoin, therefore, is expected to lie in this bearish territory for some time and then move forward if another bullish phase is to be expected. Right now, the bulls are looking at $40k as the last line in the sand that they need to defend with all their power. Otherwise, the long-term trend will shift to the bears and that will significantly impact the balance of the market.

The overall market capitalization of Bitcoin was around $787 billion at press time and its share of the proceedings was 40.3%.

GameStop Rises then Falls Abruptly as NFT Division is Announced

GameStop, the company behind the massive stock market pump saga of 2021 is back in the news. The company announced the decision to pursue NFTs and its stock value immediately shot up more than 22% in no time. However, the overall net increase by the end of the day was less than 5% as the index came plummeting down once again.

GameStop’s infamous saga was one of the major stories of 2021. Basically a group of Redditors were pissed at a major investment bank shorting the GameStop stock and wanted to teach it a lesson. They openly hatched a plan to pump the price of the stock so much that they made a huge amount of profit themselves and ruin the investment organization’s move. They achieved that. Now it seems like GameStop is looking to get back in the news but they weren’t very successful overall.