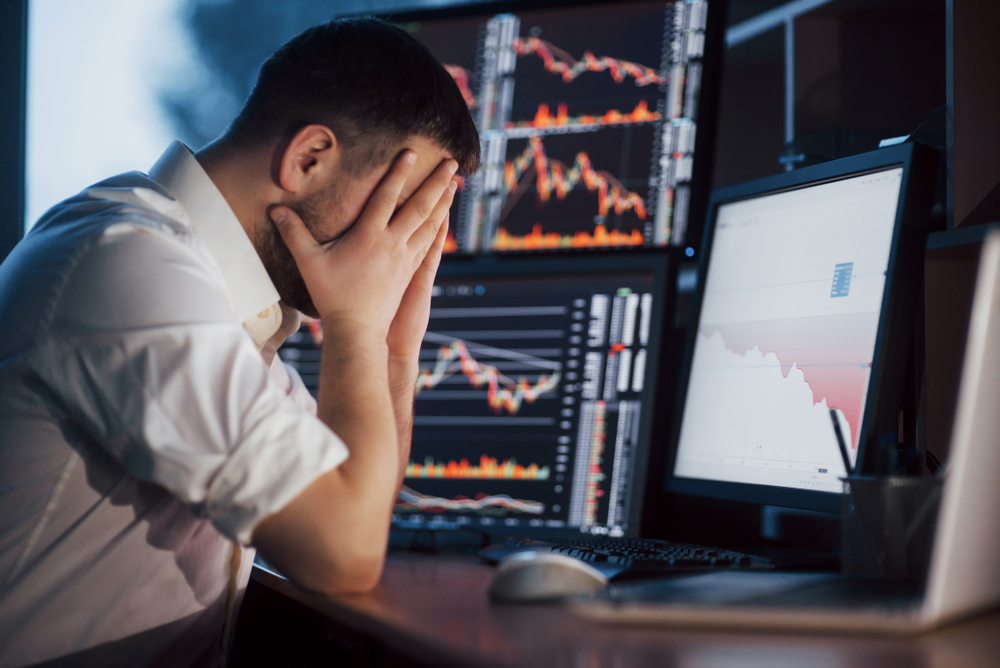 Cryptocurrency futures traders anticipating the market to go south suffered losses of more than 80 million USD within 24 hours after the crypto market moved against their expectations. Out of this amount, over 25 million US dollars was traced to traders interacting with BTC-tied futures.

According to data from Coinglass, roughly 64 percent of the traders were expecting the prices to fall. The data also indicated that those betting on the prices to increase suffered liquidations worth approximately 45 million USD.

During Asian trading hours on Wednesday, the leading crypto touched $43K, with altcoins increasing by more than 15 percent.

Notably, the spike coincided with Jerome Powell, United States Federal Reserve head, indicating that the US may accelerate the rate of shrinking its balance sheet in 2022.

A section of crypto investors views Bitcoin as a worthy hedge against inflation. However, the sudden rise of crypto prices caught traders off-guard. On Binance, traders lost 15 million USD while those on OKEx lost 11 million US dollars in liquidations.

At the time of writing, more than 40,100 traders were liquidated in the past 24 hours. The liquidations amounted to approximately 123.35 million USD.

In the last 24 hours, BTC traders have lost 34.38 million US dollars. The liquidations were divided between shorts and longs, with most of it happening on Binance, Huobi, FTX, OKEx, and Bybit.

As crypto exchanges liquidated longs and shorts, IMF economists have revealed why a BTC-stock correlation may be detrimental to global financial stability. 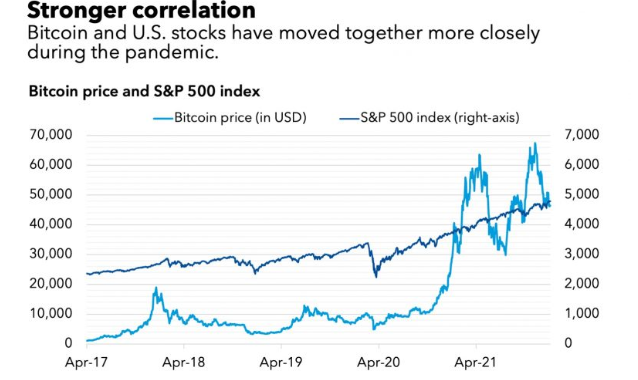 In the past, cryptocurrencies such as Bitcoin were weakly linked to traditional markets such as stocks. However, the link has been growing stronger post the coronavirus pandemic.

According to financial analysts from the International Monetary Fund (IMF), the phenomenon may indicate impending trouble.

A Contagion is Coming

In a blog post, the economists, Tara Iyer, Adrian Tobias, and Mahvash S. Qureshi, observed that “increased” correlation between the two markets allows “the transmission of shocks that destabilize financial markets.” Consequently, there will be contamination “across financial markets.”

The three IMF economists suggested that regulators should design a regulatory framework to be followed worldwide to prevent a likely contagion.

A recent report indicated that the leading cryptocurrency and the S&P 500 have a link coefficient of about 0.61 while that of Bitcoin and Nasdaq stood at 0.58. Note that the values are expressed between -1 and +1. The closer they are to the positive side, the stronger the bond and vice versa.

Apart from being in sync with the equities market, the economists also observed a growing link with new markets. For instance, they recorded a correlation coefficient of 0.34 between the king coin and such markets.

Although financial regulators have a grip on the equities market, most countries are yet to provide clear regulatory guidelines to govern the virtual currency ecosystem.

The IMF analysts also observed that cryptocurrencies have crawled out of the shadows and are “no longer on the fringe of the financial system.” According to them, regulators should consider defining how traditional financial institutions such as banks can handle virtual currencies.

Coinbase to Shut Down for 28 Days

A lack of such provisions, the economists warn, will boost the link between crypto and the equities market “especially in countries with widespread crypto adoption.”

They added that regulators should put measures “to monitor and understand the rapid developments in the crypto ecosystem and the risks they create.”

In other news, Coinbase, a leading Bitcoin exchange in the US, has announced that “nearly the entire company will shut down” for a total of 28 days to allow its workforce to recharge. The 28 days will be divided into one week every three months. This was revealed by L.J Brock, the exchange’s chief people officer.

Coinbase noted that while this sounds “like a lot of time off,” it’s a critical element “to ensure” the crypto trading platform’s growth rate “is sustainable for the long term.” In May last year, the exchange said its commitment “to being remote first.”