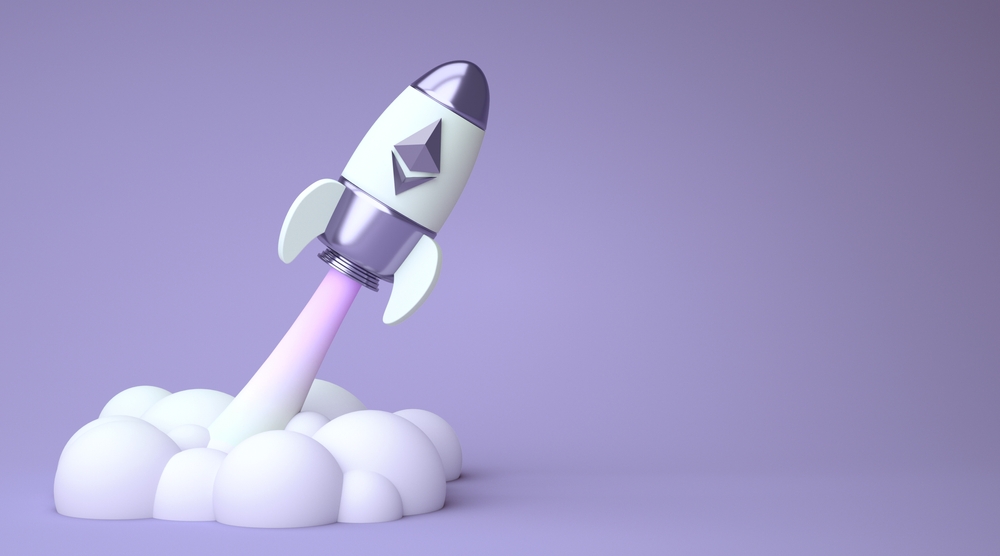 Over 500 million US dollars in Ethereum (ETH) left trading platforms, indicating an expectation that the price is likely to record higher gains in the coming days. The exodus was observed by IntoTheBlock, a research firm focusing on the virtual currency space. According to the company, ETH exchange outflows reached 180K on Tuesday.

The last time Ethereum investors withdrew such huge amounts in a single day was in October 2021. At the time, the price of the second-largest crypto by market capitalization increased by 15 percent in less than two weeks after the outflows. The same scenario is likely to repeat itself.

The price of ETH has been on an upward trajectory recently, which coincides with the outflows. When the exodus was sighted, the crypto was changing hands at around 2,500 US dollars.

Less than three days later, the asset is trading at more than 2,900 as of the time of writing. According to CoinMarketCap, ETH rose by more than 13.6 percent in the last seven days. The gains saw ETH beat Bitcoin (BTC) and other top coins in terms of weekly price appreciation.

ETH Exchange Outflows Are a Bullish Signal from Investors

Chainalysis, a blockchain analytics platform, reported a similar phenomenon estimating that approximately 352,300 Ethereum coins left trading platforms on March 15. The sighting is the platform’s largest in the last 180 days.

According to Chainalysis, high ETH exchange outflows are seen as a bullish signal from investors. The blockchain analytics firm added that crypto investors transfer assets to trading platforms if they “want to sell than to buy.” Another reason why cryptocurrency investors deposit assets on exchanges is if they want to store them on the platforms.

There are more than 10 million ETH coins staked in anticipation of a proof of stake (PoS)-powered Ethereum blockchain. According to StakingRewards.com, the amount staked on Ethereum is valued at 27.84 billion US dollars, and rewards are about 4.81 percent.

However, Ethereum DAO treasuries account for 8.2 billion USD, with those on Solana holding the remainder.

On March 15, DeepDAO announced the inclusion of Solana DAOs on the platform. DeepDAO is an Israeli-based firm that analyses and aggregates data from decentralized autonomous organizations.

The platform is home to more than 4,800 DAOs. According to Eyal Eithcowich, the platform’s CEO, upcoming DAOs are moving away from the second-largest blockchain. He noted that organizations powered by Ethereum’s competitor, Solana, are more diverse.

Solana’s engine can handle non-fungible tokens (NFTs), decentralized finance (DeFi) applications, and anything else that can fit in a smart contract.

Decentralized autonomous organizations are simply online communities that dictate the governance of a project. Most organizations use a virtual currency to incentivize participants and govern members’ behavior.

According to the DeepDAO executive, the platform plans to include organizations powered by other platforms such as Polkadot (DOT).

In other news, Ethereum’s co-founder Vitalik Buterin talked about crypto in an interview with Time Magazine, where he was also featured on the front page. According to Buterin, virtual currencies can only be meaningful if implemented correctly.

The Ethereum co-founder noted that he’s concerned about the high cost of moving assets across a decentralized platform and those publicly flaunting their wealth which they claim came from trading digital assets and NFTs.

Buterin feared that his vision when launching Ethereum had been clouded by greedy actors. He added that there’s a high chance that most of the things built using blockchain technology are those “that are immediately profitable.”

The Ethereum co-founder also talked about how to handle contentious issues arising from the community. Generally, he took a neutral ground letting the community decide on matters affecting them.

Buterin operates a personal blog where he shares his personal thoughts regarding technical upgrades on the second-largest blockchain network. For example, last year, he published a post discussing possible routes to scaling the network.