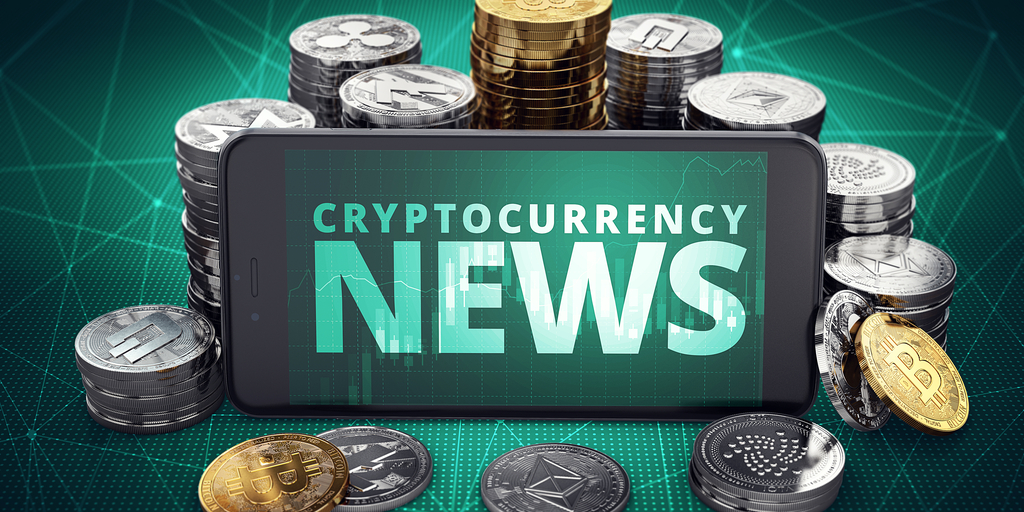 Over the past 7 days, Bitcoin (BTC) has made some significant gains. The altcoin market reacted very enthusiastically to the largest cryptocurrency rallying again. The week has been full of great news for altcoin investors. So without further delay, let’s check all the good things that recently happened in the world of alternative cryptocurrencies!

Ripple Rallies Thanks to the Optimistic Courtroom News

Ripple (XRP) used to be one of the fastest growing cryptocurrencies in the blockchain ecosystem, but Ripple Labs’ problems with the law dealt a huge blow to the popularity of XRP. However, it looks like the SEC lawsuit alleging the former and current CEOs of Ripple Labs with sale of unregistered securities might end in a result positive for XRP.

On December 22, the US Securities and Exchange Commision (SEC) filed legal action against Ripple Labs Inc., and specifically against two of its executives: the former CEO Chrisitian Larsen, and the current CEO Brad Garlinghouse. The lawsuit alleges that the Ripple Labs executives conducted an illegal sale of unregistered securities worth $1.3 Billion in total at the time.

A new court order issued by judge Analisa Torres allows Ripple Labs the permission to respond directly to the SEC memorandum, and states that the company has a “good cause” to file a reply refuting arguments raised by the SEC.

What this decision means in practice is that the preliminary phase of the lawsuit, which has been going on for months, is finally ready to end. Soon, the judge will be ready to make a decision that will greatly impact the future of the XRP cryptocurrency.

Although nothing is yet settled, the market has reacted enthusiastically to the news. The XRP price rallied by over 35%, making XRP one of the best performing major assets of the week. Furthermore, XRP even managed to surpass crypto assets such as Solana (SOL) and Cardano (ADA) in market capitalization, making XRP the 6th largest cryptocurrency on the market.

Ethereum Raises Over $3,000, but On-Chain Metrics Are Quite Worrying

The Ethereum (ETH) price has performed very well this week - ETH has appreciated by almost 12% and reached $3,100. However, on-chain analysts claim that a closer look at the ETH fundamentals isn’t very bullish.

According to a research conducted by on-chain analyst Marcel Pechman, almost all on-chain metrics look bearish for Ethereum. Metrics such as network use, transaction volume, total locked value in ETH smart contracts and the number of active users are all declining, suggesting a steady outflow of users to other networks, such as Solana or Binance Smart Chain.

Although these metrics do not seem to affect the ETH spot price for now, according to Perchman they have already impacted the Ethereum derivatives market. Most people who trade ETH futures have a bearish outlook, with shorts outnumbering longs significantly.

Will the ETH price continue to rally, or will it fall down due to bearish fundamentals? Only time will tell, but the unresolved problems with high transaction fees still seem to be a major problem for Ethereum.

Gaming tokens powering Play to Earn (P2E) games with NFTs were some of the most impacted crypto assets in the recent crypto crash. Now, it finally looks like the gaming cryptocurrencies started their recovery.

The most impressive gains this week were made by the gaming token Gala (GALA). The GALA token has appreciated by an astonishing 80% and entered the list of top 50 largest digital currencies by market capitalization.

The main reason for the rapid growth seems to be solid fundamentals. The GALA user base is growing at a very fast rate, which is mainly caused by the unique approach of Gala to Play to Earn gaming.

While other projects mainly focused on one game, Gala is intended to be an entire ecosystem. New games are released constantly, often in collaboration with major partners. Recently, a large number of upcoming games coming to the Gala ecosystem soon was announced, which made the GALA investors especially bullish.

Other gaming tokens also did great: Axie Infinity (AXIE) grew in price by 22%, The Sandbox (SAND) by 15% and Decentraland (MANA) by 23%. The metaverse craze is doing great for the popularity of blockchain-based games, but how many of them will be able to have a long-lasting impact on the crypto space?