Ethereum (ETH) price is currently trading at a key juncture as the price of the second most valuable cryptocurrency is battling a key weekly RSI trendline. If Ethereum manages to clear the weekly RSI trendline it could likely push the ETH price into bullish territory.

However, in the short-term, the technical picture is mixed as the bounce from the mid-June low has found strong resistance at the $2,000 big psychological level. Nevertheless, the long-awaited Ethereum merge scheduled to take place in mid-September is likely to provide support for the ETH price.

How Ethereum is expected to trade in the coming weeks and the long term we’re going to break it down through this analysis.

Zooming out, ETH price action reveals that we have been trading in a downtrend since the beginning of the year. However, the Relative Strength Index (RSI) indicator is on the edge of breaking out of the 8-month-long downtrend which could eventually lead to a bullish trend reversal signal.

The weekly RSI oscillator has been trending downwards since May 2021 high and if we connect all the peaks in momentum since then, we get a clean RSI trendline that is now on the verge of breaking out.

Similar patterns occurred during the 2016 and 2018 downturns and in each instance, when the RSI broke above its trendline, the bearish trend ended and the ETH price reversed. Momentum often leads the price so, when we have an upside break in momentum this is an early sign of a shift in the market sentiment.

The weekly RSI value is currently standing at 41.58 testing the downward trendline. ETH price could get back in the bullish zone once it clears the trendline, but more importantly a break above the 50 mid-level will give it a stronger boost.

If the RSI trendline holds, the Ethereum price can also end up being trapped in a consolidation or worse we can possibly see a retest of the long-term logarithmic trendline right below the 2022 low.

It is important to note that Ethereum has the tendency to print major bottoms at the end of the year (i.e. December). At least, this was the case during the previous two bearish cycles.

Apart from the imminent RSI trendline breakout, in the short term, ETH price has printed the golden cross signal on its daily chart, which is a very rare bullish reversal signal. A daily cross occurs when the 50-day moving averages crosses above either the 200-day or the 100-day moving averages.

The golden cross supports another bullish run towards the $2,000 big round number. The initial sell-off from the $2,000 level has found nearby support at the 0.5 Fibonacci retracement level of $1,455. Further to the downside strong support levels can be found at $1,280 followed by the $1,000 big psychological number.

In summary, the short-term price action favors the bulls, which may have a clear road for another retest of the $2,000 big psychological level. However, in the long-term, the ETH price still needs confirmation (breaking of the RSI trendline) for an early indication of the incoming trend reversal. 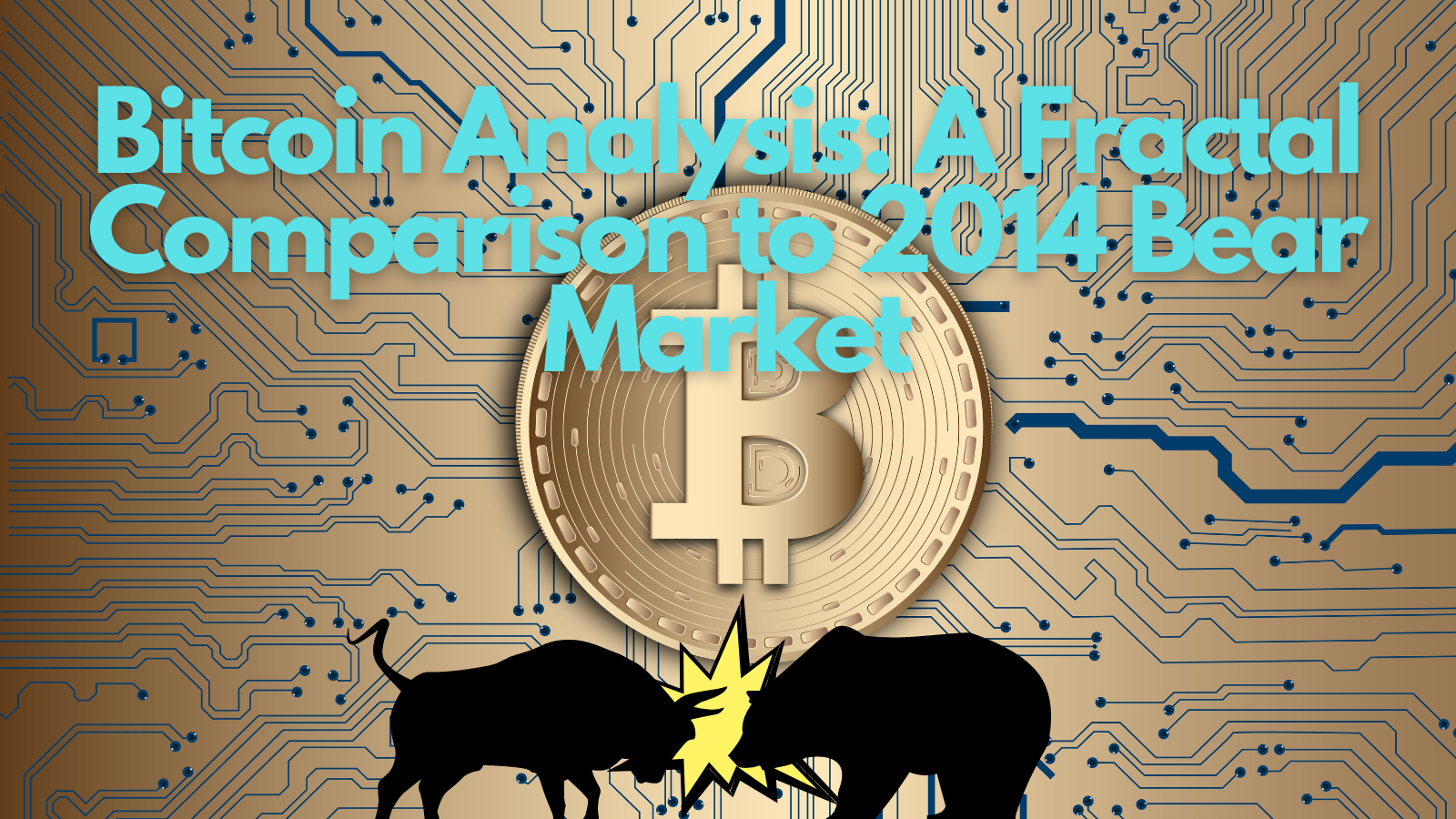 Bitcoin (BTC) found a temporary bottom near the $20,000 big psychological number and since then the price has been consolidating in a wide range between the $25,000 resistance level and the $17,500 support level. Bitcoin has more than halved since hitting its all-time high in November 2021 however, that’s not uncommon for the price of the world’s most valuable cryptocurrency.

While in the short-term the market conditions look very depressed, the current Bitcoin price structure is recreating a pattern that preceded a record-breaking rally. The fractal from the 2014 bear market can provide us with a price model for what may lay ahead of us.

Throughout this analysis, we’re going to explore both the short-term and the long-term outlook for Bitcoin and learn how the 2014 price scenario could be about to play out.

In technical analysis, a fractal pattern represents price structures that are self-similar and repeatable. While the past is no guarantee for the future, it often rhymes because markets are cyclical in nature and patterns tend to repeat.

If we compare the bear market of 2014 with the current bear market, we can observe that the current price action mimics the same behavior. In 2014, Bitcoin entered its first major bear market which lead to a crash of about 86% from a high of $1,242 to a low of $162.

If history repeats itself, we can potentially reach a bottom by January 2023, which is 13 months into the bear market. The bear market of 2014 lasted exactly 13 months, which is the average length of Bitcoin’s bear markets.

In the short term, Bitcoin price action is caught between a rock and a hard place. Bitcoin price has just broken out of a consolidation pattern (ascending channel) but since we’re still above the mid-June bottom it may lead to more consolidation.

Along with the current downtrend, BTC developed a stair step pattern where the price was moving from one period of consolidation to trend mode. Each successive break lead to around a 36% drop in BTC price.

If that pattern is to repeat again, a 36% drop will put the Bitcoin price nearby the 2019 high, which coincidently is also the same price target of the 2014 fractal model.

In summary, the 2014 fractal model isn’t 100% perfect, but can yield similar results if the price follows the same path. Despite all the similarities, what is more potentially telling is the fact that both the short-term and the long-term analysis point to the same bottom price target.